I have neglected writing to you longer than I calculated to but now I will write and let you know how we are getting along. We are well and hope this will find you the same. We are having first rate weather here. It has been rather cold this spring but things look flourishing now. We are making butter pretty good this spring and summer. We milk 14 cows. We have made about 6 hundred lbs. of butter. It is rather low. It is worth 14 cts. per lb. now. We sold 1 tub of butter for cts. and 1 for 16 and 1 [for] 14 and 1 firkin for 13, but it has ris[en] a ct. per lb. since. The rest we calculate to keep until fall.

Times are very good here but quite a stir about the war matters. We keep getting news from the South they will get what they need before long. I think I want you to write how things stand with you there. I can tell you how it is here. They are all Union men here. You cannot find a Southern man here. There was some here but they found that would not answer. [John Henry] “Hank” Morley ¹ — the one that goes with Calista Cole and his has that he works for — they thought they would do as they pleased. There was a company starting south and they [Morley and others] hollered for Jeff Davis and the company knocked them down and hammered them almost to death. That is the way it is here. Matilda says supper is ready.

I did not know but you would be going to fight. We keep hearing of companies going from Maine and New Hampshire but I did not hear. So Thomas, the folks are all well here and all send their respects to you all. Give my respects to all and keep just as much as you please. I cannot think of any more to write this time so I guess I will stop for this time. Yours with respect from your friend, — Drew and Matilda F.

¹ John Henry (“Hank”) Morley married Calista Cole and in 1863 resided in Smyrna, New York, where he worked as a laborer for a tool manufacturer. 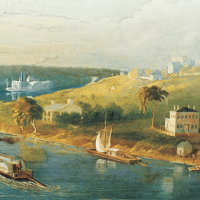 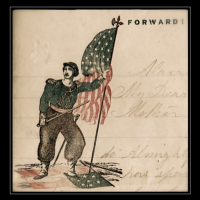 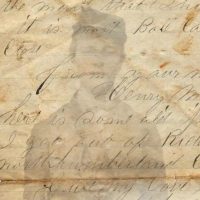 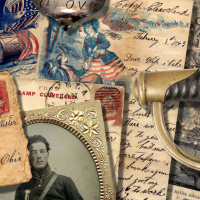 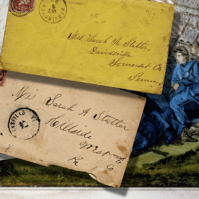 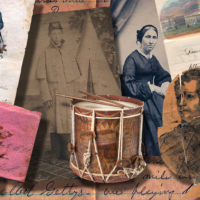 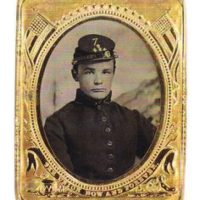 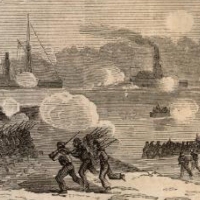 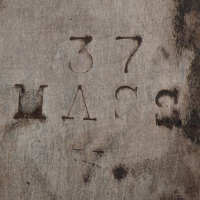